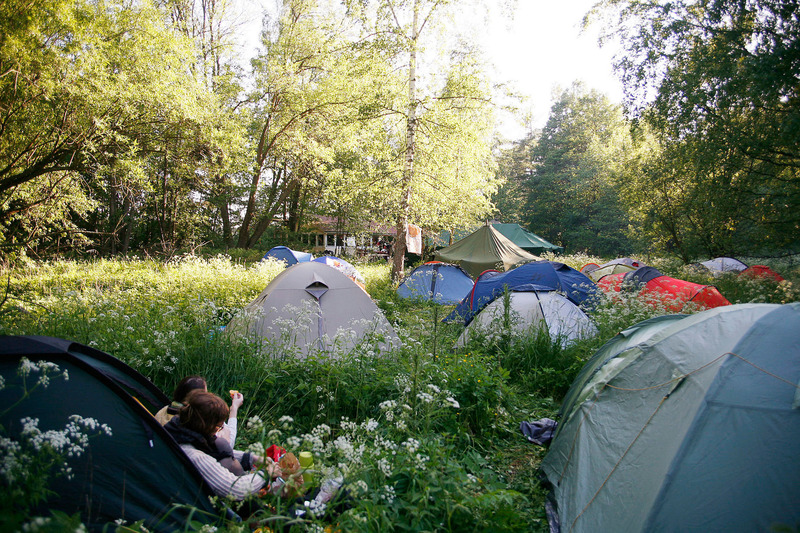 Do you have an idea for a festival (of any kind, big or small) that you would like to develop? Are you looking for feedback, perspectives and support from peers and perhaps for possible collaborators? Join our DIY festival making workshop!

The workshop will start with a short presentation of case-examples, sharing the experience of the Do It Anyway festival itself as well as a few other festival organising processes.

Later we will work in groups using the advisory ring method as developed by the explorer Pata Degerman. The first advisory ring was put up to get more ideas how to finance an expedition to Antarctica. In this workshop format everyone takes turns in presenting their idea (1-3 min) and the others support the idea by bringing in new perspectives and new ideas. So all you have to do is bring a festival idea with you…

The workshop is free of charge. No prior knowledge required. Maximum amount of participants 20.

Nathalie Aubret is a French cultural producer based in Helsinki (Finland). For over 10 years she has developed, coordinated, accompanied and experimented with various projects and processes, in the field of media arts and visual arts. Her practice as a producer has been influenced by transdiciplinary approaches, participatory & network culture, as well as open source culture values. As coordinator of the cultural association Pixelache during the years 2006-2014, she has been one of the main organizers of Pixelache international annual festival, accompanying its constant transformation and the dynamic development of its contents and contexts. In 2013 & 2014, she was also one of the main producers of the transdisciplinary food festival Foodycle in Helsinki, an event co-organised by Ruoan Tulevaisuus, Dodo ry & Pixelache.

She currently coordinates the Open Sourcing Festivals project, of which the Do It Anyway festival is a manifestation.

Protocol: The advisory ring method has been developed by the explorer Pata Degerman. He used it for the first time to brainstorm ideas for financing an expedition to Antarctica. But this method can work for any other idea that needs to be boosted. In this format, we work in groups of 7-8 people. Each group has a host. Before sitting down and before breaking down into groups, it is nice to propose some stretching, some walking around the room to get everyone relaxed. Speed dating can work well as well as a way to get people to break the ice at the start. Once this first introductory phase is over, participants are invited to sit down in a ring. The host explains the method. Fifteen minutes only are used for each idea, as follows: 1/ Each participant has 1-3 minutes to present an idea 2/ Others have 10-13 minutes to boost and augment the idea, by bringing in new perspectives and new ideas. 3/ 1 min of break: shake, relax and make space in your head for the next idea. Each participant gets food for thought and new ideas on how to take their project/idea further. If there is more than one group of participants, it is possible to organise a short plenary session at the end to share with the rest of the groups, some of the ideas that were proposed.

Resources needed: The resources needed depend on the amount of participants. > For a group of 7-8 people: * A room of about 30m2 with chairs that can be put in a circle * A timer * 1 host who is there to check the timer, keep things going, make sure it goes smoothly and everyone has a chance to speak. * Drinks and snacks are nice to have for the small breaks, but no mandatory > For several groups of 7-8 people: * Ideally you would have several rooms, 1 for each group. * You need to have one host for each group * And the rest of the things mentioned above. It is possible to do this workshop entirely for free if you have a space and a host / hosts who are happy to do it for free. Some funds might be necessary if you have to cover costs for the space(s), snacks and the host(s) possible fee. This workshop should be entirely free for participants!