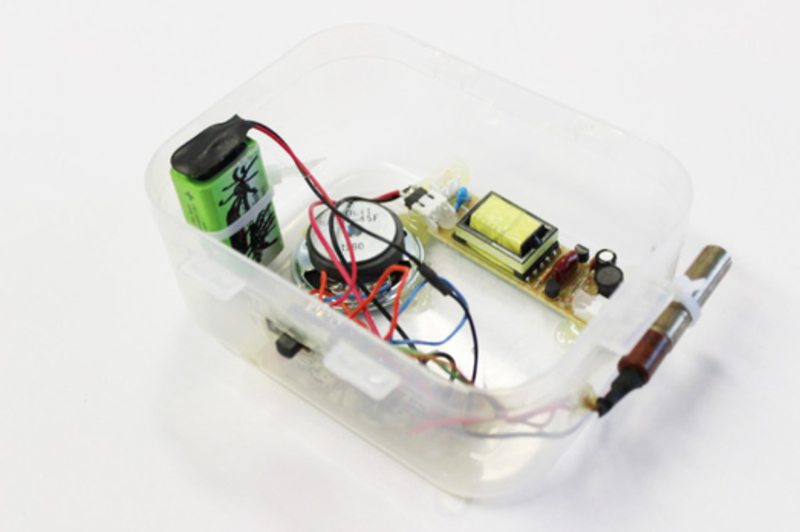 As part of the Case Pyhäjoki project in 2013, Erich Berger and Martin Howse designed a minimal, low budget geiger radiation detector which is fast and simple to build. The detector serves as an introduction for the workshop participants to start a relationship with the complex political, economic and artistic positions orbiting the phenomena of nuclear decay. During DYI Geiger Counter workshop participants are guided through their own construction of the radiation detector device.

In connection with the first edition of the workshop held as part of Case Pyhäjoki, Erich Berger and Matin Howse also made a geiger counter building manual based on their design. The manual is available here: casepyhajoki.info/casepyhajoki_geiger.zip

Erich Berger is an artist and cultural worker based in Finland & Denmark. His interests lie in information processes and feedback structures, which he investigates through installations, situations,performances and interfaces. His current explorations of deep time and hybrid ecology led him to work with radiogenic phenomena.