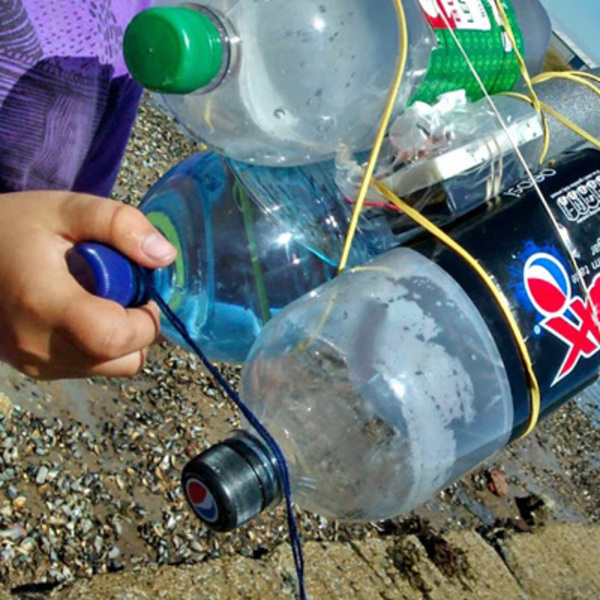 ShrimpCraft! is a project building water sensing computer kits with- and for kids.

The approach is for the group to become co-researchers and assemble simple water sensors based on the Arduino platform, and then use them to explore their water environment.

Instead of Arduino, we use shrimping.it <http://shrimping.it/> to buy 'shrimp core' kits with Persistence Of Vision extender kits. Shrimping sell cheap kits and distribute free information on how to build Arduino compatible breadboards for prototyping.

Children build their own ‘computers’ and sensors and then visualise the data using simple LEDs flashing on the breadboard, a simple processing sketch and then draw graphs in minecraft on the FACT server at mc.fact.co.uk <http://mc.fact.co.uk/> as its a space young people are very engaged with. Along the way they are introduced to how to go about making inferences from the data they collect in the environment; does a certain temperature and muddy water mean the water is healthy? Or do we need water full of useful stuff for animals to live in it?

Amanda Steggell (Oslo, Norway) is choreographer, Professor at Oslo National Academy of the Arts, Academy of Dance. She works with shifting contexts of choreography in contemporary society through open research and experimentation.

Together with Ross Dalziel (DoeS Liverpool <http://doesliverpool.com/> , UK) she is co-founder of Currently, a research initiative that aims to get people to engage with the marine world in new ways across different disciplines, from sailing to soap making and computer science.

Each has a passion for the water and a drive to uncover hidden and forgotten spaces of the marine environment. Together they are producing new, exciting and eclectic work for the public to engage and play with - an open response to the marine sciences and maritime culture.