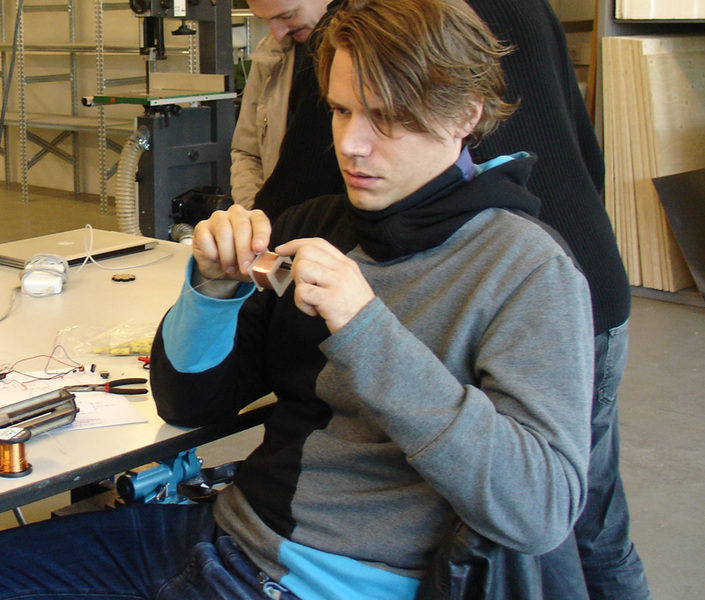 > Give yourself a title, some kind of imaginary title, something unconventional that describes best your role in the organisation?
A comb trying to remove the snarls

> What kind of animal is your festival and why?
It is a penguin because it is about open source and Linux. The theme of the festival this year is "riot" and I heard that during the riot in Istanbul this year, some of the protesters started to wear penguin masks. The reason for this is that when the riots were raging on the streets, instead of reports about the protest, the biggest tv channel was showing a documentary on penguins.

> Why are you doing this and not something else with your life?
I am doing lots of other stuff in my life like making art; writing about art, music and computer games; curating exhibitions and playing drums.

> How would you describe your festival to your grand-parents?
I would describe it by going to a psychic medium who could manifest my grand parents from the after life, so that I could tell them that Piksel is a gathering of strange people from all around the world in Bergen, who make strange things with computers.

> What would you have in an organiser's survival kit?'
Club-mate

> What's one thing that you do wrong?
I take on too much responsibility

> What is the main thing from your festival production you think should be open sourced?
The relaxed attitude

> What frequency is your festival?
Once a year

> Could you say a few words about internal communication and internal dynamics?
It is characterized by that same relaxed attitude that should be open sourced, and general openness.