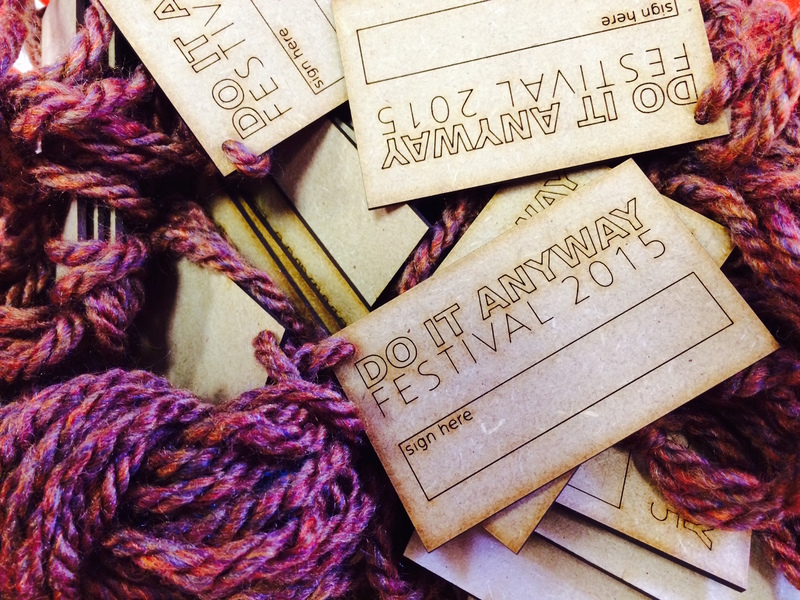 In the context of Open Sourcing Festivals, our UK partner Access Space in cooperation with its partners, organised Do It Anyway 2015 (DIA), their first ever festival as well as the first manifestation of a Pixelache Network festival in the UK. Do It Anyway was also the closing event for the whole Open Sourcing Festivals process. The event took place during the week end of 15-16 May 2015 in Sheffield. Over the weekend the festival featured free digital arts performances and workshops (See detailed festival programme). As part of our strategy of opening up our festival organising processes, we are happy to share the DIA festival feedback that we received from participants, as well as reflexions that will inform future editions.

We received 11 completed feedback forms, mostly from participating artists or representatives of Pixel Network organisations. Generally comments were positive, particularly about how welcoming, supportive and friendly the staff were, the relaxed atmosphere, how well the technical aspect worked and the diversity of the sessions offered. Rating for the overall experience at Do It Anyway averaged around 4/5, as did professional benefit from attending. Performances, workshops and presentations averaged around 4/5 as well (some people rated them as 5/5 and others as low as 2/5). Discussions and informal activities were also rated highly, averaging at 4/5, as was the venue.

In terms of what could be improved, we had predicted some, but other feedback could only be discovered by doing the festival.

Firstly, the programme schedule was quite tight, with some commenting on its intensity. It was thought that meal times were not scheduled in very well – there was little time to find food and eat between sessions. We could address this in future years with perhaps a venue for people to eat together (with catering) and to socialise in.

Better communication about the programme while at the festival was also mentioned – there were no handouts available (although we had planned and written one, for some reason it had not been printed).

So, while the technical and logistical side of the festival seemed to work well, we could make the festival more “human shaped” in future. Due to our financial situation and the short time we had, it was not possible to gather everyone contributing together to go out for a meal, and this is something we really must do next time.

It was not known whether there was an audience locally for the activities presented at Do It Anyway, but it transpired that audience numbers in the venue for all the activities were good, and some well above expectation. All the workshops were well attended, most full up, although booking via Eventbrite was quite slow in the run up. Performances were well attended, with fifty seated at the Friday evening concert – this was a surprise and we did not have sufficient room for all the seating needed as the audience arrived.

In future having the main concert/performance event on a Saturday evening would seem like a good idea as while attendance for the Algorave on Sunday was very healthy, attendance would have been boosted by at least 50% were it on a Saturday (as we have done in the past).

From past experience we know it is difficult to communicate about new kinds of arts activity to people in the local environment. We think we could improve how we do this, but the main problem is overcoming the trepidation of local mainstream arts audiences towards forms of activity unfamiliar to them, particularly media art. However we were very happy with the fact that there does appear to be an audience in Sheffield and we can work on building this over the coming year.

We missed the opportunity for an international audience online this time by not streaming most of the events. The Algorave on Sunday evening was streamed via Google Hangouts, however it was discovered there were problems with sound quality. We think we need to do more research into how to achieve the quality we require including assessing the consistency of the network, and this was one of the factors which persuaded us not to stream all of the events. We also think camera positioning for different activities is important, so the streaming issue is something we need to develop for the future.

Nothing could have happened without the wonderful volunteers we have and the staff giving time for free. There was a huge “in kind” contribution in terms of work from staff and volunteers as nobody was paid. We are very happy with the way everyone worked as a team to make the festival work. It shows what enthusiasm everyone has both for the organisation and for this kind of arts activity.

Overall this festival has shown the organisation important aspects of how it ought to continue into the future, how it can modify its communication locally, that there are new audiences to develop, that it has a solid and capable team of staff and volunteers as a resource, and that the newly developed spaces it has created from the old rooms work in an extremely flexible and efficient way,and importantly how it can learn from other organisations and artists how to create a new international context for itself in Sheffield.Maybe the festival was a bit of a baptism of fire, but it has moved the organisation a good distance along the road to re-defining itself both locally and internationally.

Staff and volunteers have expressed an interest in running another festival next year.

Attached to this email is Camp Pixelache 2014 Feedback Form in Open Office format, which the Do It Anyway festival also used as an example to make their own feedback form